Leonardo da Vinci may be best known for his painting and artistic works, but he considered himself more a scientist than an artist. He saw everything through the eyes of mathematics…including his drawings and paintings.

“The merit of painting lies in the exactness of reproduction. Painting is a science and all sciences are based on mathematics.”

Leonardo da Vinci was born in Vinci, Italy on April 15, 1452. That makes this week not only da Vinci’s birthday week, but also the second week in Mathematics and Statistics Awareness Month! As such, we think this is the perfect time to celebrate the man as artist and as mathematician.

Leonardo received only basic instruction in reading, writing, and mathematics. His artistic talents must have been clear from an early age though, because around age 14 Leonardo began an apprenticeship with local artist Andrea del Verrocchio in Florence. There he learned not only drawing and painting, but also carpentry, leather work, and metalwork—all of which would be used by Leonardo as his interest in science and mechanics grew.

Throughout his life, Leonardo used mathematical principles in his greatest works of art and applied artistic skills to his incredible scientific inventions. His work illustrates that art and science are not diverging paths, but work hand-in-hand, intertwining to create beautiful, brilliant masterpieces.

Mona Lisa and the Golden Ratio 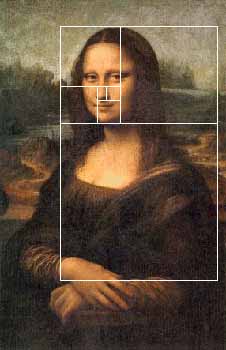 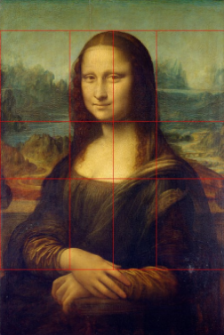 We don’t know if Leonardo da Vinci did this on purpose, but we do know that Leonardo was close friends with Luca Pacioli, the author of On Divine Proportion, a treatise on the golden ratio. We also know that Leonardo believed that mathematics was a foundational aspect of all life and work, including works of art.

Vitruvian Man is not just a beautiful work of art, it was also Leonardo da Vinci’s attempt to solve the geometric problem of “squaring a circle,” a problem that had been frustrating mathematicians since the days of Pythagoras!

The drawing is named after Marcos Vitruvius, an architect and engineer. Vitruvius posited that if you view the navel as the center of a person, then you can use a compass to circumscribe a perfect circle around a man with outstretched arms and legs. Vitruvius also realized that, for most people, arm span and height are in nearly perfect correspondence, placing a person perfectly inside a square. 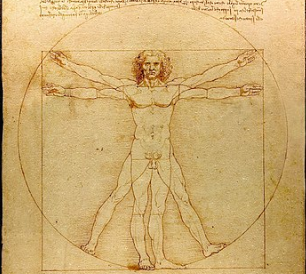 Da Vinci’s Vitruvian Man took these observations from Vitruvius and attempted to use them to solve the age-old problem of “squaring a circle,” taking the area of a circle and using it to create a square with equal area. Leonardo wasn’t perfectly successful in solving this problem due to the irrational nature of pi, but he did come extremely close!

“Perspective is a most subtle discovery in mathematical studies, for by means of lines it causes to appear distant that which is near, and large that which is small.”

Leonardo Da Vinci’s Last Supper is a master class on the mathematics of perspective. In it, the architecture of the building around Jesus and the twelve apostles, as well as subtle lines on the floor beneath the table, demonstrate a single point perspective, or a “vanishing point” which serves as the subconscious focal point of the painting. 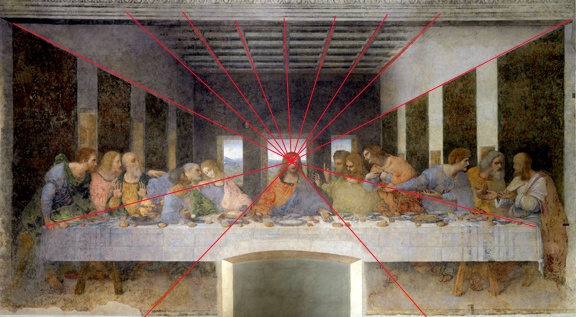 Leonardo da Vinci used his love of mathematics to be a true “Renaissance Man.” In his notebooks he recorded his ideas for numerous scientific inventions, many of which were precursors to modern day technological tools. (For example, his “Aerial Screw” is the same basic design as the helicopter.) But perhaps most inspiring is how he incorporated math into everything he did, including artistic works of surpassing beauty, proving once and for all that mathematics truly is the universal language.

“Therefore, O students, study mathematics and do not build without foundations.” 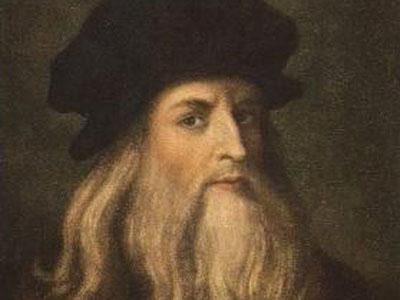 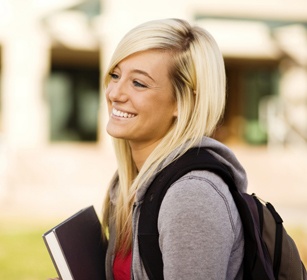