Jeffrey Brantingham’s predictive policing software helps protect one out of every 33 people in the U.S.

During his 20 years digging up the bones of early humans in Tibet and Mongolia, anthropologist Jeffrey Brantingham never thought he’d end up fighting crime in the big city.

He was attempting to determine how people survive in complex and harsh environments over hundreds or thousands of years. For example, does the ratio of animal bones found in an archaeological site (say, 75 percent rabbits, 25 percent deer) represent the food choices people made at that time, or simply changes in the environment (perhaps only rabbits were available to eat for the first 75 years, but only deer were available after that time)?

When his archeological finds alone couldn’t answer his questions, Brantingham decided that more modern problems might use mathematical models that he could repurpose for his research.

“You don’t want to reinvent the wheel, so you go looking for mathematical models that might be close to what you’re studying,” Brantingham said. “You see how you might be able to adapt that to the problem at hand.”

As he searched, he was fascinated to learn that criminal activity had useful patterns he could adapt.

So, he switched gears a bit. He began by asking, why do car thieves steal certain cars? Why are certain cars more vulnerable to being stolen? 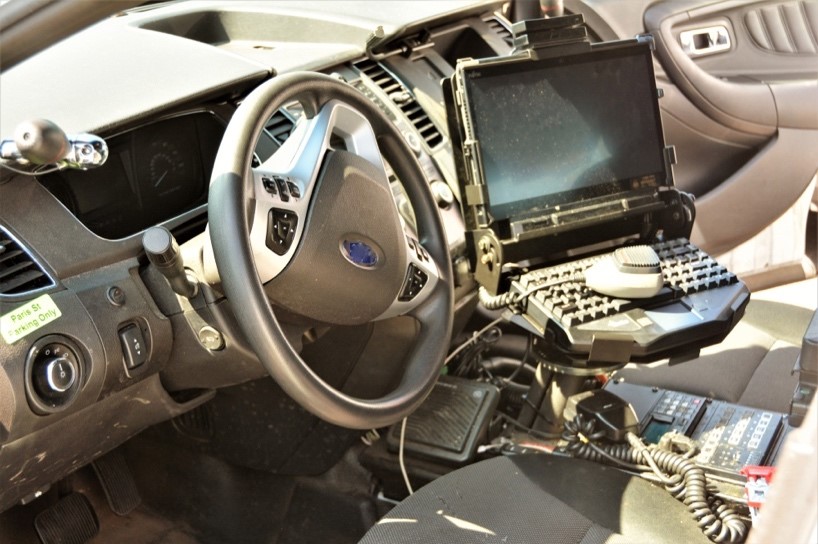 It turns out that car theft, like many types of crimes, are crimes of opportunity: A thief will steal whatever car is the easiest target. The fact that there are more Hondas on the road than Ferraris means that more Hondas are stolen. While that may seem obvious in hindsight, unless it can be proven mathematically, one can’t be certain it’s true.

“The more I worked on that crime problem, the more interesting it became. I started teaming up with mathematicians to ask even more sophisticated questions about crime, such as, why do we get “hotspots” [high-crime areas], and why do those hotspots change in time and space?

Using Los Angeles crime data that spanned a two-year period, he saw that a crime is typically followed by other, smaller crimes — a pattern that also has analogies in chemistry.

(Caption: This model of a reaction-diffusion system is a lot of fun. Crime most closely resembles “Solitons” and “Moving Spots,” accessed from the drop-down menu when you scroll to the left. For “Moving Spots,” use your curser to draw, and see what happens!)

Chemical reactions weren’t the only patterns that were mathematically similar to crime, though.

We were asking, “Why is crime contagious? Why do you get burglaries clustering in an area? And we happened upon the mathematics that described earthquakes. It was a very close fit,” Brantingham relates.

Just as earthquakes cluster and have aftershocks, so does crime. (The same is true for terrorism, which is a particular subset of crime).

“We did a study of improved explosive devices [IEDs] in Iraq, and the patterns in space and time was very much like burglary.”

All of this meant that mathematical models could now be used to predict crime, with the goal of helping police and other law enforcement authorities to prevent it. And so was born the science of predictive policing. 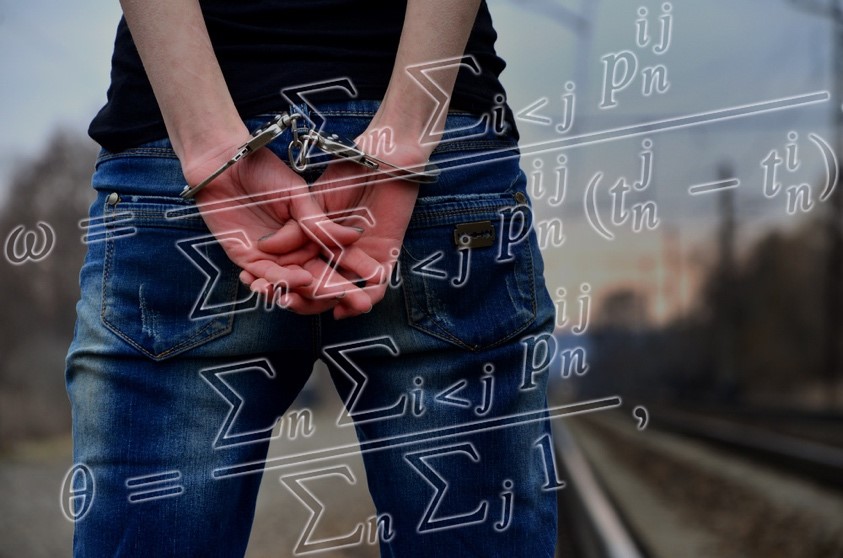 Brantingham collaborated with mathematicians and others to develop PredPol®, The Predictive Policing Company™. PredPol’s software predicts what crime will happen (robbery, assault, vehicle burglary), its location and when (date and time).

“It started as a collaboration between UCLA and the Los Angeles Police Department. We started out with a scientific question, which is, can you actually predict crime in the real world? Not just theoretically, not just with historical data, but do it every day, day in and day out, and do it better than a human expert?”

For years, police experts had been using their experience, instinct and expertise to anticipate where crime might happen and allocate resources (foot, bike or vehicle patrols) to where they thought best. PredPol had to do better than these experts in order to convince police departments that it was worth adopting the software.

“You have these great ideas that are based on human observation, interviews with the offenders, and geographical mapping. You can convert those intuitive things that you can see, handle, and talk to into mathematical formula, and rigorously predict when the next crime is going to occur and where it’s going to occur.”

Helping Law Enforcement, Not Replacing It

PredPol’s predictions proved to be twice as good as human predictions. Today, PredPol helps protect one out of every 33 people in the U.S., including in Los Angeles, where the first six months using PredPol resulted in a 12 percent decline in property crimes overall, and a 25 percent decline in burglary alone.

“Math doesn’t replace human action; it becomes an integral part of human action. It’s incorporated into the way the job is done, the same way that you or I use Google Maps to get home. We’re effectively building mathematical routines into our own daily routine. It’s become part of our life. Similarly, the predictions don’t replace the way police do their job, it augments it.”

By cutting crime, PredPol reduces the immeasurable emotional cost of victimization. But it also saves society in tens of millions of dollars in costs — to the victim, the police and judicial services, and even the offender.

And for those concerned that predictive policing has overtones of “Big Brother” or criminal profiling, it’s important to know that Predpol does not predict who will commit crime, so it maintains both privacy and civic rights.

Brantingham admits that, as a child, he was competent in math, but never truly excited by it. When he realized the problems that math could help solve, though, that all changed.

“That was what really opened my eyes to the power that you gain over problem-solving by diving into the math. And since then, I’ve spent so much of my trying to become a better mathematician, to work on new problems.

“Let’s say I have a problem that I want to solve, and it’s kind of complicated. I start with the simplest math that’s already known where, when I do the math, I can check it against the correct results somewhere. If I know that I can replicate the results of somebody else, then I know that I can push it one step further into dealing with my own question.

“If you can figure out a mathematical model that describes how car thieves choose cars to steal on a day-to-day basis, you can use that mathematical model to make predictions about something you cannot observe, such as how individual decisions accumulate or aggregate over hundreds of years. The math allows you to make predictions about patterns at time scales that exceed the human life span, that no one person could ever observe themselves.”

So, has Brantingham gone back to his archeological roots?

“I’ve returned to the original issues to some extent, but I have been drawn more and more into the mathematical study of crime. The amazing thing about science is that you never know what surprise finding awaits and how that finding will change the questions that you want to ask about the world.

“If you’re competent with the concepts, hopefully, you’ll run into a problem that inspires you to use it.”