When you add two apples and three bananas do you get five banapples?

You don’t get five banapples, just as if you add pennies and nickels you don’t get pickles. The reality is that you cannot add two things that have different names.

According to The Law of SAMEness, you can only add or subtract things that have the same name.

There are Four Principles to think about:

A “thing” can be simple or complex. It could be as simple as a penny in your hand or as complex as the total number of eyes, noses, and fingers of all the people on Earth.

Every thing has a name.

The name is that thing’s denomination.

Things have a number associated with them. The number can be as general as singular and plural or as specific as a number (i.e. a person, several people, two apples, a half gallon milk, twelve days).

The number is the quantity of things we have.

Combining Principles 1, 2, and 3, we learn to think in terms of:

Quantity and Denomination = “How many – of what?”

So, the “name” of today’s game is Denomination, Quantity, and SAMEness.

Every thing in math has a name. This name gives the denomination of the thing, making it unique within a larger group of things.

Tuna, shark, and salmon are denominations of fish.

Halves, quarters, and thirds are denominations of fractions.

Pennies, nickels, dimes, and quarters are denominations of coins.

After knowing the name of some thing, you should also know the quantity of that thing in the given problem.

After distinguishing between the denomination and the quantity associated with each thing, it is important to understand the functionalities of these things. This calls attention to The Law of SAMEness.

Keep the rules of quantity and denomination in mind will enjoy math more because the rules you have learned will make more sense to you! For more practice, work on these problems: 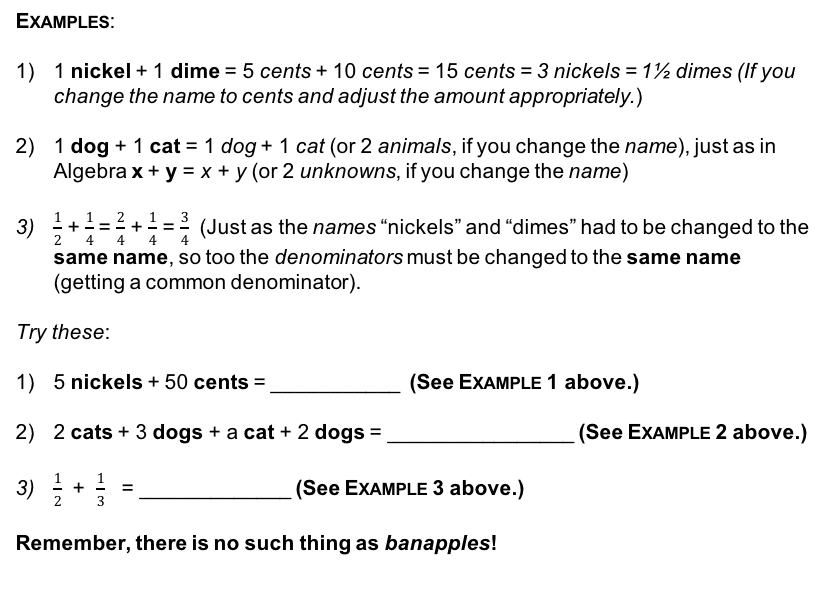 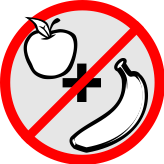